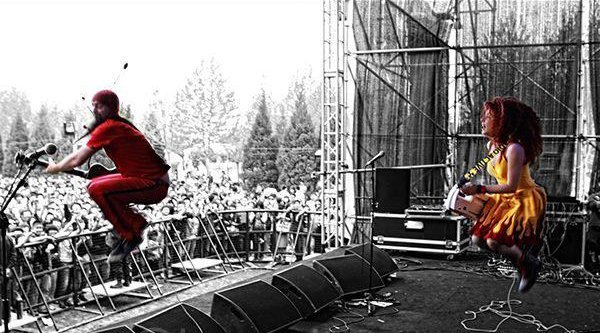 by The On Fires | Betrayer

When Marty and Max met at a swimming camp on Australia’s Gold Coast who knew that it would lead to a blur of red hair, sweat and mayhem playing shows to 50,000 punters?

The On Fires, have been touring internationally since 2007. With pounding rhythm, retro keys and a show designed to involve the audience, the band has 12 international tours and a list of recorded releases under their belt.