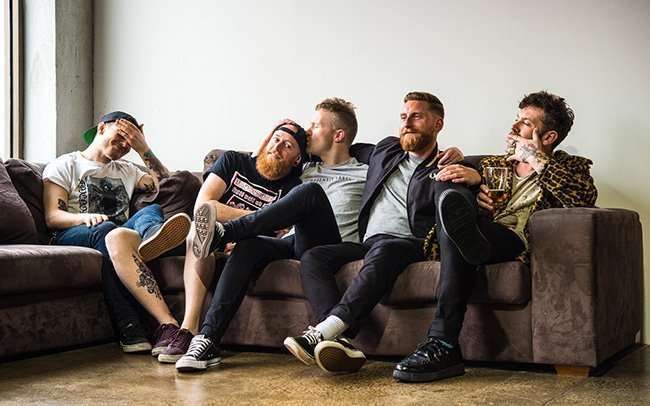 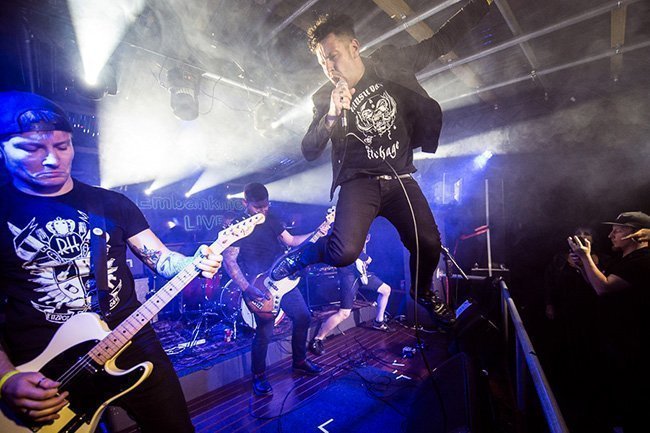 With the release of their debut self titled EP in two thousand and thirteen and the follow up ‘Butterflies, diamonds and lightning’ EP the year after, they quickly gained the attention of national radio in Australia with the first single ‘Insomnia’ becoming one of the top fifty most played songs on Triple J Unearthed radio in that year.

“The visceral thrill of being throttled by razor-sharp guitars, slapped around the head by thundering drums and screamed at by a man gargling glass.“ – Rolling Stone Magazine

In two thousand and eighteen Captives released their debut album ‘ Over the Rainbow’ charting at number fifty six on the iTunes Charts, which was backed up with some hectic touring around the country and support slots for bands such as The Damned, Pulled apart by Horses, Cog, Shihad, The Mark of Cain, The Hard Ons and more.

Shortly after the band went back to the studio to track two new digital single releases with the latest hit ‚Tommy Gun‘ gaining masses of attention from Spotify playlists around the globe… even making the cover of the ‚Rock Out‘ playlist in Waynes world type scenes landing  in the company of the likes of Ozzy Osbourne, Green Day and The Darkness.

„Over the rainbow is a typically hard-fast affair for the five piece, who’ve spent the past couple of years making a name for themselves with live shows as uncompromising as their sound“ – pile rats.com

The last twelve months have seen Captives hit the shores of Japan for a mighty successful first tour with additional shows added to the schedule in New Zealand, Australia, Taiwan and back to Japan again.

Overdrive Magazine described the band to have a “sound reminiscent of early brit-punk acts like Adam and the ants and the nineties edge of The offspring“.

We use cookies to ensure that we give you the best experience on our website. If you continue to use this site we will assume that you are happy with it.Ok