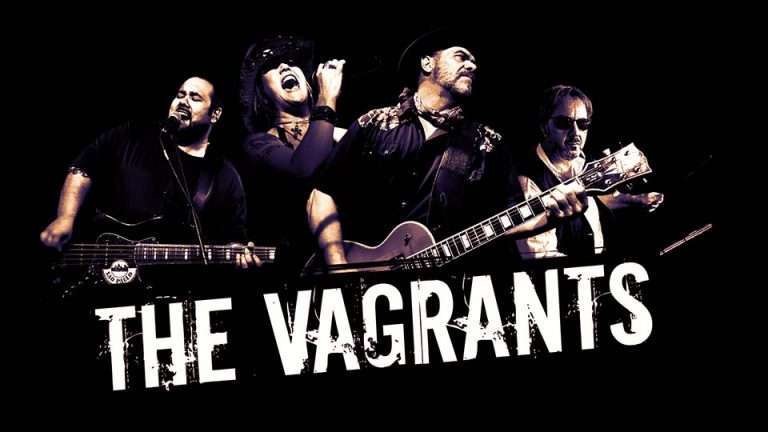 The Vagrants are a rock band that lives the independent spirit of rock.

They live, speak and breathe the music they love to play. Her original songs were born from the idea that music is king. The Vagrants have merged all their inspirations from ACDC, Zeppelin, Queen, Allman Brothers, Floyd Santana, RHCP and Foo Fighters into their very own style. Years ago ‘rock’ still meant diversity! If you love variety and classic rock, you are going to love The Vagrants

The Vagrants are led by the energetic rock star Renate. She is often compared to Janis Joplin, Joan Jett, Pat Benatar, Suzi Quatro, Melissa Etheridge, and other brave front women, but her singing is one of a kind. Cheeky and fun-loving, she gets the party going.

Steve Iorio, songwriter and guitarist for the Vagrants, has his own style of playing with complex guitar riffs and arrangements that look simple. If you regularly tell him, “You’re the best guitarist I’ve ever seen,” Steve just shrugs his head and says, “You need to look at more guitarists!” Brazilian-born Rafael on bass and German-born Julian on drums bring South American flavor and fresh groove to the lineup.

The Vagrants have released 4 completely different studio albums and 2 live CDs. They never cared what the record companies were saying, they only released music they love. Not trendy, not conformist, just solid songwriting, performed by a unique sounding lead singer with a real voice, a brilliant guitar and a tight groove from a first class rhythm section. 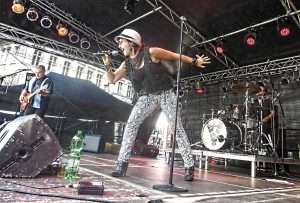