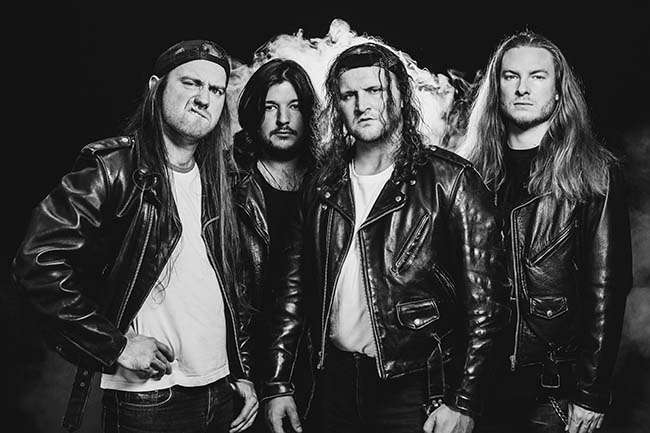 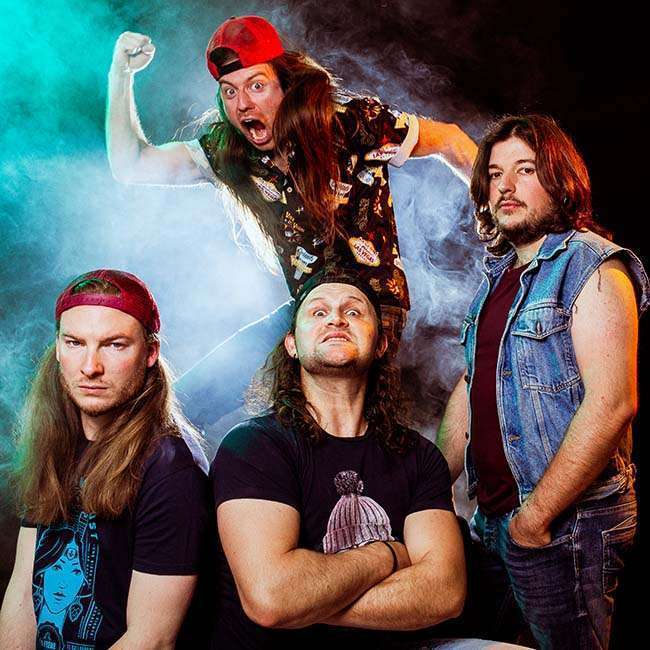 2015: A wall of decibels descends on the northerners.
Four rockers who come out of nowhere decide to plunder all the stages in the area.

They blast everything in their path with their Marshall amps, which they push to the limit, and very quickly decide to wreak havoc outside of their homeland. They first conquer the rest of France and then launch various expeditions abroad.

The electrical storm of the OVERDRIVERS is now unleashed, nothing can stop it. No one can resist the destructiveness of their almighty Rock’n’Roll!

Thanks to their two nukes, Rockin’ Hell (2016) and She’s On Her Period (2018), the band continues to gather new followers and increase their army.

After five years in the service of rock ‘n’ roll, according to reliable sources, OVERDRIVERS are in the process of putting the finishing touches on a new weapon of mass destruction in the utmost secrecy, in collaboration with some of the greatest experts in the field and a brand new ally, the label ROAR! Rock Of Angels Records.

So, a piece of advice: get ready, OVERDRIVERS ARE COMING !