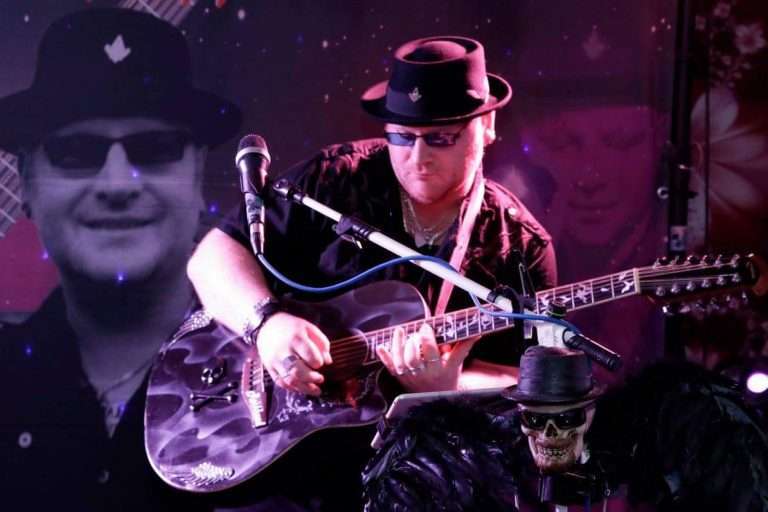 Mike Gerhold celebrated his 25th birthday in 2017
Stage anniversary.
That he is no stranger shows only his history in the
he has already appeared as a support act for greats such as SWEET,
SLADE, DORO PESCH, SAXON, BARCLAY JAMES
HARVEST, INEXTREMO and many other well-known sizes
can show. In 2017 he sang for the German flagship band BONFIRE
Album “Byte the Bullet” background vocals as well as on theirs in April 2018
released album “Temple of Lies” with musicians like Ex Rainbow
Keyboardist Phil Morris and musicians like Alessandro Del Vecchio took part. The album
reached 29th place in the German magazine on the date of publication. LP charts. Next to his band ROCKHEAD
(www.rockhead-kassel.eu) he also tours solo and unplugged – alone with guitar and
Singing arms and enchants its audience with hand-made cover songs of the good
old rock, which he performs in his own garb. In addition to his live performances, he dedicates it
joined the international music project “TACE