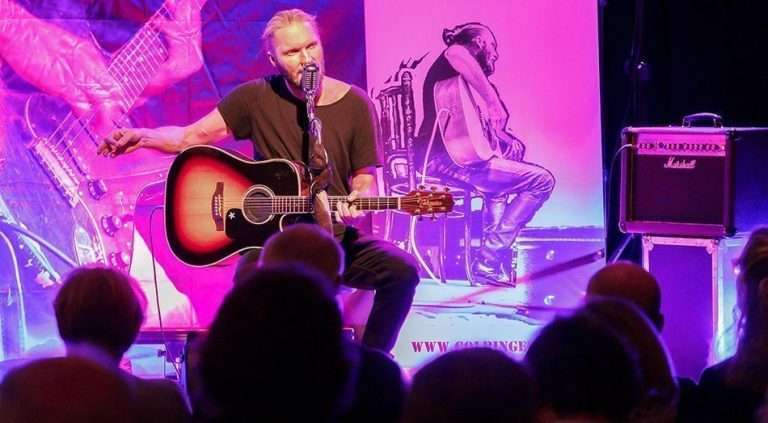 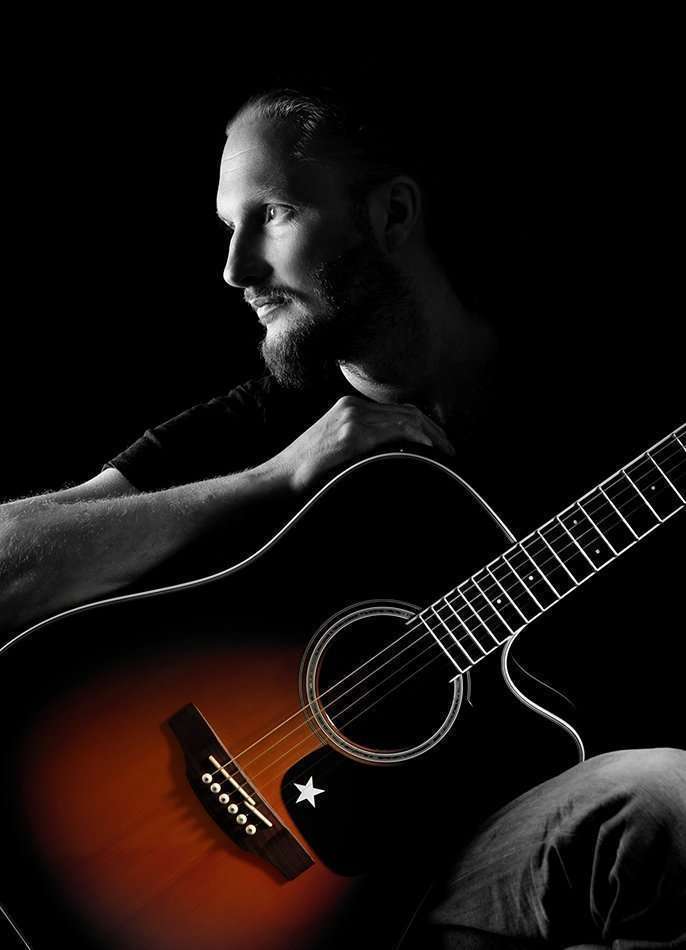 Colbinger – voice, songwriter, lyricist, guitarist from southern Germany.
He knows the light and the shadows, the joys and the doubts and, above all, the hope that lets you go on and calls his songs rememberers and companions.
His charismatic voice, from rough to tender, loud to quiet and his very personal style interweave strongly accentuated acoustic rock with elements from country and folk, with the lightness of the funk and the melancholy of the blues.
Colbinger has a clear message: “The certainty of the creative power of the good.”
He takes us on a journey, shaped by the irrepressible lust for life and to face our own trials and tribulations, in order to perhaps be one more insight later with a wink. Everything starts in the here and now and not elsewhere.
It is his natural power of expression and his sense of the moment, the deep poetic texts and his musical joy that reach and inspire the hearts of his audience. So is his motto: “Let’s get going and let’s stay tuned.” Colbinger is on the “Sünder. Pilger & Rebell” tour in 2021/2022 and has his new album of the same name in his luggage and also recites from his two previously published books of poetry. He started his extensive concert activities in 2017 and since then these have included over 350 concerts in Germany, Austria and Switzerland. On his entire way from earlier years to here, he has shared the stage with Tito & Tarantula, Mother’s Finest, Alvin Lee, Eb Davis, Jesper Munk, Purple Schulz and Sophie Hunger, for example.
The trip goes on. www.colbinger.com Schallmagazin (Berlin) – winter edition 2020/2021
“With an unmistakable voice and an emphatically rocking acoustic guitar, he also knows how to convince on the new album with songs full of emotion and expressiveness.” DaHogn – online magazine from the Bavarian Forest (Bavaria) / 23.11.2020
“If you are looking for songs and lyrics with depth, if you don’t believe in superficial trallala and would like to (concentrate) on the essentials in between, this album is warmly recommended to you – literally.”